One of the most talked about markets is China. We take our role of finding new markets and retailers for our publishers seriously. I recently travelled to China to meet with book retailers and publishers to get a feel for the current and future potential of the Chinese ebook market. A

Join me for a free webinar on selling eBooks in China on April 29th @ 2pm est.

One of the most difficult challenges any CEO faces is deciding to enter a new market. Where, when, how? Yet it’s a challenge virtually every publishing house will have to face as the print market continues to shrink and new opportunities are sought elsewhere.

One of the most talked about markets is China. We take our role of finding new markets and retailers for our publishers seriously. I recently travelled to China to meet with book retailers and publishers to get a feel for the current and future potential of the Chinese eBook market. Along with my colleague Patrick Crowley, we had over a dozen meetings in three cities over the course of eight days this February, following extensive research over the last six months.

With over one billion mobile phones in use, over 500 million mobile internet users, a bigger e-commerce market than the U.S. and a roughly $20 billion book market, on the face of it China has massive potential for digital book consumption.

So what did I learn, and what do you need to be thinking about?

Where is the Chinese market in terms of the eBook lifecycle?

It really is early days in China. While we would generally consider the U.S. and UK to be in the late majority phase, the Chinese market is very much in the early adopter and maybe even innovator stage.

Will China cross the chasm soon? All the evidence would suggest it will. With more retailers (including Amazon), mobile devices and wide proliferation of low-cost tablets, the market is primed to grow significantly over the next few years – potentially with the type of growth the U.S. and the UK saw between 2009 and 2012.

What are the barriers to entry?

There are a number of barriers to entry, particularly around the supply chain.

All titles you wish to sell in China must first be submitted to a government-owned agency that will review your titles, metadata and content. Only when this agency approves your titles can they be sent to a retailer. The type of material that is unlikely to pass would be pornographic/heavy erotica, some political and religious topics as well as (obviously) any China-critical material.

Due to complex import/export regulations, retailers must also pay all publisher proceeds to the importer first in Chinese Yuan. The importer will the convert to USD and pay the publisher. On the plus side, they pay the USD wholesale price stipulated in the metadata rather than just a converted value on the Chinese currency.

All of this means that there is some risk attached. It is crucial to develop a close, trusting relationship with your importer to ensure smooth transactions and deliverables.

The question of language also arises. Will English language eBooks sell in China? Anecdotal evidence suggest yes, particularly in business, personal development, EFL, children’s and STM titles. With over 100 million (often quoted as 300 million learners) English speakers in China and a growing reading appetite, there appears to be rising demand. There is also the option of using one of the numerous translation agencies in China to offer local language versions or indeed partnering with a local publisher.

What internal capabilities do I need?

In theory, there is actually not a huge requirement for massive change internally. Operating on the premise that you don’t translate your titles, the two main issues are pricing and subject matter.

Subject matter reflects the importer criteria above. Pricing is important for obvious reasons. Most Chinese language eBooks sell for 1-8 RNB or about $1.30. This seems quite low, but again the market is at a very early stage and adoption is key. There is also the promise of volume in time.

It is generally accepted that English language titles do carry a premium. Both Wiley and Elsevier are selling eBooks in China from $14 for a typical Dummy’s Guide up to $240 for specialist technical titles.

Just like the early U.S. market, it’s important to experiment with price but also not to price too low or I feel we will find ourselves with a false price ceiling again. Let’s learn from history for once.

Is now the time to venture into China?

In my opinion, the answer to that question is a resounding yes!

It’s important to realize that this is a long-term strategy with potentially little return in the short-term. Like any new market the first twelve months or so will be about learning – how the market works, what the best pricing strategies are and what subjects sell best.

However, if you do get your titles into China now you have the opportunity to establish a presence, build relationships with retailers and gather vital data on a potentially huge market. It’s a market with enough potential for any publishing CEO to almost have to move on sooner rather than later.

There are issues around market entry in particular, but these problems can be overcome. This can also be achieved through using a distributor or aggregator more experienced in the international markets. Taking a calculated risk in a new market through eBooks is far more cost effective and carries less risk than investing in physical titles in such a vast country.

So grasp the opportunity and head east.

Join me for a free webinar on selling eBooks in China on April 29th @ 2pm est. 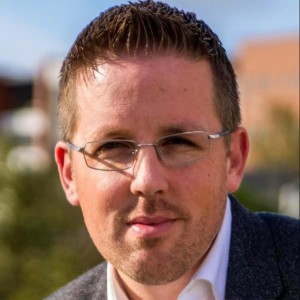